It’s quite possible that I’ve written the easiest, but still useful, watchOS app.

When I first started exploring the brave new world of Cocoa and Unix running on a Mac, I had no idea that the code I was writing would be something I relied on 14 years later. Sometimes you scratch an itch that never goes away.

While I welcomed the introduction of System Integrity Protection (aka “rootless”) at WWDC 2015, I also thought that it would be the end of iPulse. Luckily, an Apple engineer responded to a Radar and pointed me at libproc.

The rest, they say, is history. And by history I mean a couple of months work overhauling an ancient codebase :-)

With the help of Talos Tsui, all the icons and graphics now follow the latest user interface guidelines and are Retina quality. The app no longer looks like it’s over a decade old!

I know there are a lot of fellow developers out there who love iPulse as much as I do (and boy, did I hear from all of you when it stopped working in El Capitan!) You’ll be happy to know that you can download the updated version directly from the Mac App Store. This is also the app’s first paid upgrade and it’s only $10.

There’s more information and a screenshot on the Iconfactory blog.

Written on October 7th, 2015 for Development

► xScope on the Big Screen

As a developer, sometimes you get lucky and are able to predict the future. 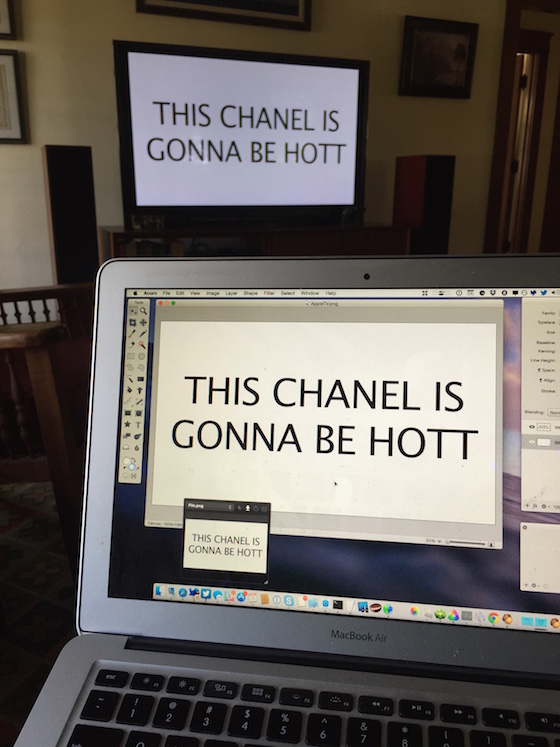 I wrote a quick tutorial on the Iconfactory blog about how to use xScope to preview your work on an Apple TV.

► Apple Pay to the Rescue!

It was my pleasure to write about a recent experience with Apple Pay over at iMore. The convenience this payment service provides is not limited to the point-of-sale.

► Now, about those huge JavaScript frameworks…

If you’re a web developer and you don’t have the Network Link Conditioner installed, you’re doing your visitors a disservice.

This tool, originally created so that iOS developers could test native apps on EDGE networks without leaving the comfort of their office, should be an essential part of your development toolchain. You’ll need to register for a free Apple developer account to download the tool, but that shouldn’t stop you.

It’s likely that you’re working on a fast network with low latency. This will skew your perception of how your site performs for a majority of the people who use your site. When you slow your Mac network down using the link conditioner, huge assets won’t load in an instant and you’ll start to feel someone else’s pain. Now try going an entire day using hotel Wi-Fi…