Now that we’ve all had a few weeks with this new watch, it’s natural to start analyzing the interaction models: there’s been some great commentary from people I respect.

However, one area I haven’t seen discussed much is the ergonomics of this device: how efficient are we at performing tasks on the watch? The physical interactions with a device attached to our body are just as important as the mental ones.

One of the first things I noticed about using the Apple Watch was that pressing the digital crown on my left wrist required a fairly awkward position of the index finger on my right hand. While pressing on the crown without another finger to provide resistance, the strap twisted uncomfortably. When you try to get your thumb on the opposite side of the case to provide support, you either cover the face or resort to contortions.

Luckily, I had spent some time digging around in the settings in the Apple Watch app and remembered seeing some odd settings in General > Watch Orientation. The wrist selection is obvious enough, but being able to change the position of the digital crown had no obvious benefit. That is, until I tried it.

I left the wrist setting alone and changed the digital crown to be on the left (it defaulted to the right side.) This is what it looks like after the change:

I’ve been referring to this orientation as the “reverse crown”.

With any ergonomic change, you need to give yourself a few days to overcome the bias for something new and different. I gave myself three days to form an opinion.

I will say my immediate reaction was positive: I could use my thumb to activate the crown while using the side my index finger to provide stability. Also, our phones have taught us to use the thumb as a quick navigational tool.

An added benefit to this new orientation is that the speaker and microphone are directed toward your face when your wrist is raised. It’s easier to hear sounds and Siri recognition seems a little better. It will be interesting to see how much better this works when we’re wearing heavy winter jackets.

With the crown on the left side, you use your thumb to scroll. Initially, I was concerned that my hand would block the screen, but the display fits nicely in the space between your thumb and index finger: 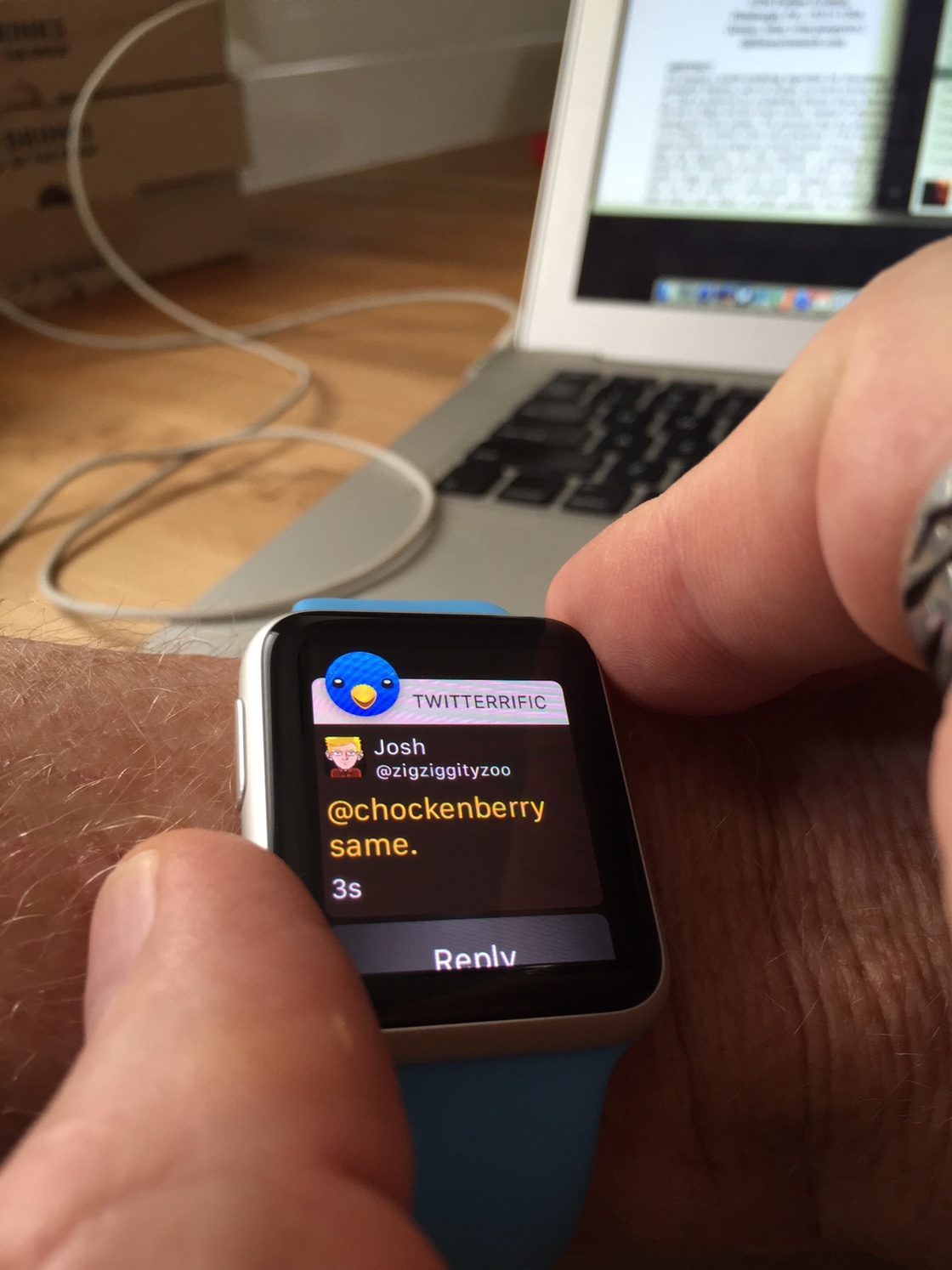 When using your thumb on the crown, your index finger is also in a convenient location for tapping and scrolling on the display.

Apple never adds settings without a good reason. The inclusion of a preference for the crown position is a pretty clear indication that someone important knew that this was an ergonomically superior choice. But it’s also one that goes against horologic convention: Apple’s desire for this device to be visually appealing won out over ergonomics. I’ll be the first to admit that the “reverse crown” looks weird.

Luckily, Apple has given us a choice between what works best and what looks best. It’s been several weeks since I made the change and have never once considered changing back to the default setting. I encourage you to give it a try, too.

Written on May 22nd, 2015 for Observation
Latest